The alleged offenses occurred between 2003 and 2016 in the City of Oxnard. There were three juvenile female victims who ranged in age from 4-years-old to 10-years-old at the time of the alleged offenses.  Mr. Mejia is currently in custody at the Ventura County Jail on a bail amount of $1,000,000.

Investigators have reason to believe that there may be other victims. Anyone with additional information should contact Detective Michael McManama at (805) 385-7662.

Anyone with information regarding this case or other criminal activity is encouraged to contact the Oxnard Police Department at (805) 385-7600, or online via the Oxnard Police Department’s website: www.oxnardpd.org, and clicking on Report Suspicious Activity.  You can remain anonymous if you choose to do so. You can also remain anonymous by calling the Ventura County Crime Stoppers at (800) 222-8477. You can also visit this site: www.venturacountycrimestoppers.org to submit a tip via text or email. 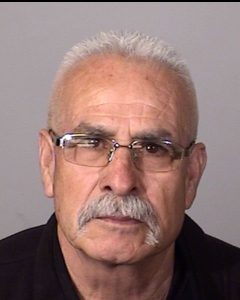