The history of the Oxnard Police Department parallels the growth of the City of Oxnard. In 1897, Albert Maulhardt invited Henry and Robert Oxnard of San Francisco to look into the possibility of building a sugar beet factory in this area, which at the time was known as Bayard. The town site was defined as Wooley Road on the south to Magnolia Boulevard on the north; from Saviers Road on the east to “F” Street on the west. The streets, all 80-feet wide, were named alphabetically north-south, and numbered east-west. The majority of the 1,500 residents of this community resided on the R.J. Hill property, where Oxnard Boulevard, Saviers Road, and Wooley Road all converge – now known as Five Points.

In June 1903, at the elegant ($9,400 to build) Cottage Hotel at Fourth Street and “A” Street, the final incorporation vote was held. By the margin of 283 yeas and 13 nays, the City incorporated. At the third City Council meeting held on July 14, 1903, Samuel P. Rowe was appointed the City Marshal at $98 a month. City ordinances shortly followed, such as the prohibitions against:

On July 21, 1903 William Crawford was hired as the first night watchman (police officer) for $70 per month. Mr. Crawford resigned for unknown reasons on April 20, 1904.

Officers hired to work with Reno included Andrew Murray McNaughton, J.M. Crawford, and T.J. Weldon. The officers were paid about $75 per month. Reno resigned in 1907. It was during Reno’s tenure that the first Oxnard Police Officer was killed in the line of duty. On March 23, 1906, night watchman Andrew McNaughton was walking through the China Alley area (downtown), and was later found shot to death. Unable to hire more officers, Marshal Reno resigned in 1907. The suspect in the McNaughton killing was apprehended in 1909.

On November 27, 1908, the first prisoner in Oxnard’s new jail was James R. Mulvany, an ex-convict wanted for horse stealing in Bakersfield. The first patrol car was purchased in 1916. The 1917 photo of Oxnard’s police force standing at Plaza Park (with the famous Oxnard Plaza Park pagoda in the background) is the earliest known group picture of Oxnard law enforcers. About the same time, Constable Earl Colby had his portrait taken.

During the first few years of existence, the Police Department was located in the Carnegie Building. which was City Hall and the City morgue. The Department moved to the area of Second Street and “A” Street in the 1920’s.

OXNARD POLICE DEPARTMENT TODAY
Today, under the leadership of Police Chief Scott Whitney, the Oxnard Police Department employs 249 sworn officers and 124 civilian support personnel. The crime rate today is at its lowest level in decades. The Department promotes a community-based policing philosophy, and has embraced prevention and intervention strategies in policing the city.

Today five police officers work hand-in-hand with the city’s schools offering assistance to teachers and students alike providing a positive police presence on campus. The Department has the county’s first Police Activities League program, a highly successful effort aimed at preteen youth in Oxnard who are in need of some positive interaction with an adult role model.

At its peak, more than 1,000 residents serve in the city’s Neighborhood Watch Patrol program patrolling their neighborhoods armed only with flashlights and cellular phones donated to the program by AT&T Wireless Services. Crime in the areas that have these patrols has dropped dramatically over the past five years.

The Department takes pride in the methods used to communicate with its residents. A weekly crime prevention television program titled StreetBeat keeps residents informed about crime in the city and offers crime prevention measures that can be used by all Oxnard residents. This television program has been replicated by more than 50 other police departments across the nation in recent years. A telemarketing computer was utilized to notify residents about crime patterns in their respective neighborhoods and the Department has established its own home page on the World Wide Web.

Oxnard’s efforts have not gone unnoticed. News stories on NBC Nightly News, ABC’sPrimeTime Live with Sam Donaldson, CNN, and a documentary titled Victory Over Violence by Walter Cronkite have all been reported in recent years. News stories have also appeared on KCAL, KCBS, KNBC, KABC, KCOP, and KTLA in recent years as well. These stories all have one common theme – the Oxnard Police Department’s innovative approach to law enforcement.

Oxnard has been recognized a great deal in the past five years by a variety of groups and organizations. The National League of Cities and the International Association of Chiefs of Police have both recognized Oxnard as having one of the most innovative police departments in the country. Oxnard’s cable television show has won numerous national television awards and the neighborhood watch patrol program has been cited in many national police publications. 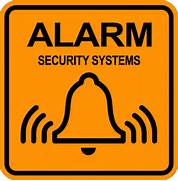